In the eight days from 27 October to 3 November 1984, The Grateful Dead played six shows at the Berkeley Community Theater on the Berkeley High School campus. These were the first shows with an official "taper section" so that the fans bringing recording equipment into the shows would not set up in front of the soundboard and block soundman Dan Healy's view of the band with their microphone stands. I went to all six shows and it was like a single concert: all in all, the band band played 97 songs with only five repeats (not counting the improvised "Drums" and "Space" segments in the middle of each second set). (Andrew Shields, #111words, 11 January 2021)

Dan Healy with the taper section (photo by or at least from David Gans). 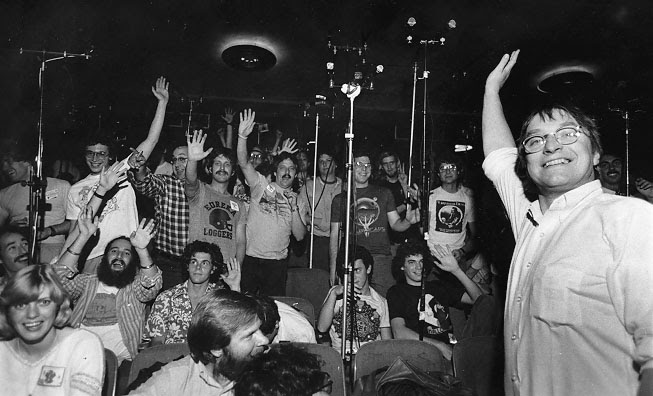 Posted by Andrew Shields at 9:38 PM