My first sighting of Roger Federer was live at the Davis Cup in Basel in February 2001. He won two singles matches and the doubles against the US. Such a joy to watch him now, almost 14 years later, winning the only tennis title missing from his laurels.
Posted by Andrew Shields at 2:21 PM No comments:

A claim made in a Facebook comment stream (a discussion of a complaint about the indicative being used where the mandative subjunctive is supposed to be the only correct choice, if you must know):
The number of people, who are doing something incorrectly, is not a determinant of the correctness of the act.
My response: in math, yes. In language, no.
(Is it rude to point out that the above claim contains commas that would best be omitted? Yes, it probably is ...)
Posted by Andrew Shields at 10:24 PM 1 comment:

Nietzsche before his mustache went crazy 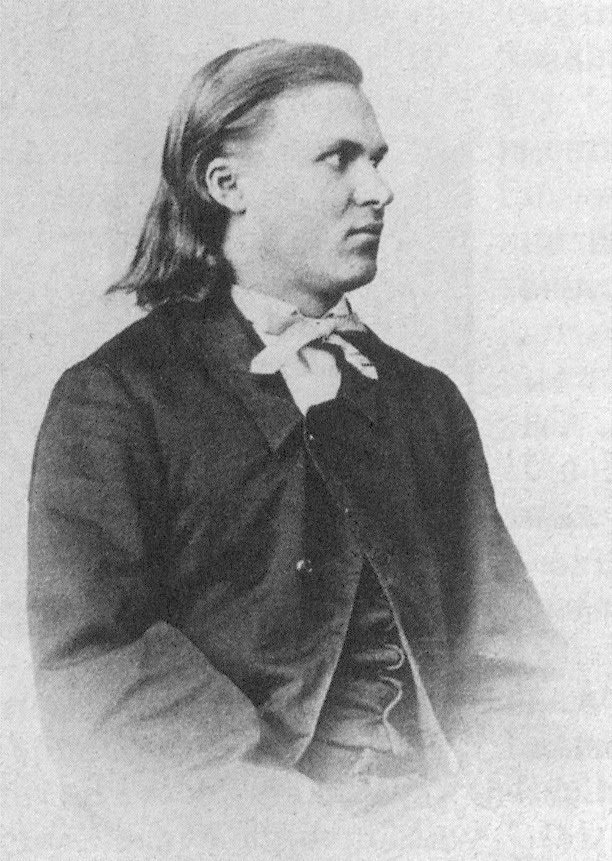 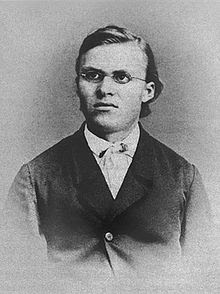 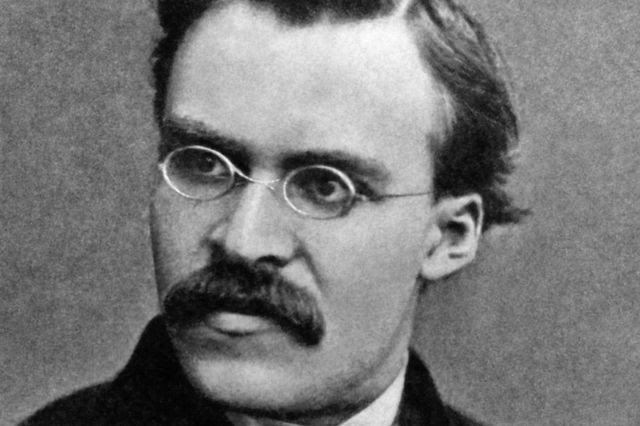 After that, the mustache took over.

Posted by Andrew Shields at 5:00 PM No comments:

Such as and/or such X as?

In a review of the 2011 film of Jane Eyre, a student wrote the following:

... they were joined by an equally great supporting cast, featuring actors such as Judi Dench and Jamie Bell.

I'm curious about that use of "such as". To me, it implies that Judi Dench and Jamie Bell are not only in the film but also the type of actors who are in the film. That is, from the name "Judi Dench", I should be able to make some pretty good guesses about who the other members of the supporting cast might be. That is, I read it as similar to this example (stolen from the COCA corpus):

It could be damage that happened as the result of an acute injury, such as spinal cord damage.

Here, "spinal cord damage" is an example of "an acute injury," and I can make some pretty guesses as to other members of that category. And I can't really do that with "actors such as Judi Dench and Jamie Bell."

However, I could do it with "featuring great actors, such as JD and JB." So it seems that the problem derives from two things: "actors" by itself seems odd with "such as" (as "an injury" by itself would in the above sentence?), and the absence of a comma before "such as" (though I'm not sure why that absence should be important here).

I actually prefer a different solution: "featuring such actors as JD and JB." To my ear, this implies that the named actors share some characteristic (probably "greatness"?) that is then also shared by the other members of the supporting cast. Even here, though, it would be a bit better to have that characteristic named, wouldn't it? "... featuring such great actors as JD and JB."

Why write all this up? First of all, to ask others what they think about the uses of "such as". And secondly, because I'm worried that I might be just peeving about something that is not as precise in other people's usage as I somehow expect it to be. If I'm just peeving about my own personal taste, then I know that I should just keep quiet about it. Along the lines recently suggested by Geoffrey Pullum: "The idea is that I will concentrate on my own usage rather than other people's."
Posted by Andrew Shields at 7:56 PM 3 comments:


There is poetry in sports when a man moves the way that Agüero can: plucking the ball out of the air with his right foot, feigning to shoot and then, as opponents cluster around him, flicking the ball to his other foot and shooting deftly.

If there's poetry here, what poem is it? As an Argentine, perhaps Agüero was reciting Borges:

Or perhaps he prefers Ernesto Cardenal:

His dishes and cups are of silver, bordered with gold
With his crest upon them.

Even the dust of the highway
Keeps the scent of your footprints.

Posted by Andrew Shields at 8:40 AM No comments:

I am grateful to the PBS for having been my way in to the contemporary UK poetry scene (I knew next to nothing about it when I first signed up for PBS in 1996). And I have frequently defended the value of the PBS in conversation with critics of its picks.

But it's gone on long enough that it is getting pretty discouraging (and simply boring, really) to see these five publishers (Picador, Carcanet, Cape, Faber, Bloodaxe) repeatedly dominating the Choice and Recommendation lists.

If there were an American version of PBS, the five books chosen every quarter would surely not be as dominated by FSG, Norton, Knopf, Houghton Mifflin, and Copper Canyon.

And why does O'Brien get so many Choices? This is his third. I know it's just my taste that I think he's a rather dull poet—but he's no Don Paterson (two Choices), no Edwin Morgan (one Choice), no Les Murray (two choices), no Anne Carson (one Choice).

List of PBS Choices through Spring 2014 is here.
Posted by Andrew Shields at 1:54 PM No comments:

I usually read Facebook with the "Most Recent" setting, but on my pocket computer, the app opens to "Top Stories". Just now, I found the following two posts right next to each other (the first by a poet friend; the second by a novelist friend):

Are there any reading series in the U.S. not associated with a university or an organization like The Poetry Foundation that actually pay readers on a regular basis? I’m not immediately aware of any. Note: this is not fishing for myself. People often ask about money for readers when they ask about coming to San Diego, and I always wonder why they think there might be some. Not that it hurts to ask, of course.

Taylor Swift speaks for me. Maybe. I think. (As I try to figure out precisely what I'm going to do with this new novel.)
"Music is art, and art is important and rare," Swift wrote in the Journal. "Important, rare things are valuable. Valuable things should be paid for. It's my opinion that music should not be free, and my prediction is that individual artists and their labels will someday decide what an album's price point is. I hope they don't underestimate themselves or undervalue their art."


I found the juxtaposition of the posts (and the vigorous discussion each generated) to be a symptom of how writers, artists, and musicians are thinking a lot about the relationship between money and their creative work.
Posted by Andrew Shields at 9:32 AM No comments:

I'm a great fan of jazz piano trios, such as the Brad Mehldau Trio with Larry Grenadier and Jorge Rossy or Jeff Ballard, and the classic Bill Evans trio with Scott LaFaro and Paul Motian. But until today, I never realized that the first piano trio I ever got into was not a jazz trio but a rock trio: Emerson, Lake, and Palmer. Consider the piano/bass/drums passages of "Take a Pebble," from their first album:

This was definitely the first such music I ever heard, several years before I got into jazz.

[I was listening to ELP this morning because of this post about ELP by Don Brown.]
Posted by Andrew Shields at 12:14 PM No comments:

A pragmatic consideration of the intentional fallacy

The assignment: a four-to-six paragraph essay on The Fall of the House of Usher. A student asks if she can refer to Poe's life to help her discuss the representation of women in the story. At first, I thought I would just say "intentional fallacy" and give her some background on the issue, but then I started thinking about things in more pragmatic terms. So here's what I wrote to her:

I have just formulated a law of language discussion: talk about a language peeve long enough, and eventually someone will complain about teenagers.
Posted by Andrew Shields at 1:04 PM No comments: