Human Shields videos from May 2010

Here are three videos of songs my band Human Shields performed at the Rockfact Music Club in Münchenstein, Switzerland, on May 8, 2010.


You Know I Know

You can also view these videos on the band's Facebook page.
Posted by Andrew Shields at 12:27 AM No comments:

Email ThisBlogThis!Share to TwitterShare to FacebookShare to Pinterest
Labels: Human Shields, my music

It was a Sunday evening, and I had already gone to Grateful Dead shows at Frost Amphitheater at Stanford on the Saturday and Sunday afternoons, and I was exhausted and wired, but I went to see Stevie Ray Vaughan at the Keystone Palo Alto anyway. I was right at the stage, to the left of SRV's mic in the middle of the stage, and quite close to his wah-wah pedal. After he played two of his fast instrumentals, he stepped over to that pedal and started doing this crazy stuff with it, and I could not really see him, but I watched his left-handed shadow playing on the back wall. Here's what he did (from a different 1983 performance):

And the moral of Stevie's story is: don't ride helicopters during storms.
Posted by Andrew Shields at 11:13 PM 3 comments: 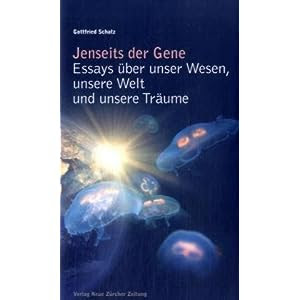 Here's the next book I'm translating, due out next year: Gottfried Schatz, Jenseits der Gene. It's a collection of columns on science that Schatz wrote for the Neue Zürcher Zeitung; it was a best-seller in Switzerland. It's an honor to be translating a book by such a prestigious scientist ("co-discoverer of mitochrondrial DNA"? I'm impressed!).
Posted by Andrew Shields at 8:11 AM No comments:

Email ThisBlogThis!Share to TwitterShare to FacebookShare to Pinterest
Labels: Gottfried Schatz, my translations

Five articles in one newspaper

There's an article about five neuroscientists taking a kayaking trip off the grid (and off-line), in which they reflect on the ways that the brain responds to the information society and to their temporary escape from it. (It's a little ironic that my response to this article is to want to provide a link to it for my friends.) My small version of the same is that I did not go on-line at all on Sunday (not even with my iPhone), and that it is always a bit of relief to "disconnect" myself.

Robert Pinsky's review of Andrew Pettegree's The Book in the Renaissance, a new study of the first century or so of movable type and the central problem printers faced: how can you make money from publishing? Pinsky praises Pettegree for refraining from comparisons between then and now, but it's certainly easy to do so, given that Pettegree argues that printers only made money when they focused on "news, sensation, and excitement." So there was no Golden Age of printing when people bought classic literature and philosophy and read them; sensationalism has always been the best way to make money with printing and publishing.

Timothy E. Williamson's opinion piece on the imagination has a dozen or so fascinating points in it, but for me the best point is his brief discussion of the contemporary philosophical contrast between "contexts of discovery" and "contexts of justification":

In the context of discovery, we get ideas, no matter how — dreams or drugs will do. Then, in the context of justification, we assemble objective evidence to determine whether the ideas are correct.

I've come across this idea quite a few times before, but I've never seen it explained so tightly and clearly. (Well, my student Michael Luscher explained the distinction in my verse-novels seminar in 2009, but we were discussing Christoph Ransmayr's Der fliegende Berg, so that discussion was in German, and I did not register that he was using the German equivalents of these terms. Now, in retrospect, I can see how appropriate and precise his use and explanation of the terminology was!)

Then there's Lawrence E. Joseph's article on the threat caused by solar storms, which can produce huge bursts of electricity that destroy transformers on Earth, and Paul Krugman's vigorous defense of the Social Security system in the U.S. against its detractors.

This post is an excercise in multi-tasking, in a way, with all the different points it has to make, and is thus subject to the analysis that appears in the first article I linked to, about the kayaking neuroscientists. But it's worth noting that I read all these articles in the newspaper, and not on-line, in the old-fashioned way—that is, in a desperate search for "news, sensation, and entertainment". :-)
Posted by Andrew Shields at 9:51 AM 1 comment:

On the Night Watch

Here are three poems by Ciaran Carson from his collection On the Night Watch, which has just come out in North America with Wake Forest University Press (and which was first published in Ireland by Gallery Press). It's another winner from Carson, a radical change in approach and tone that is completely successful. (Just as an aside: of his many compelling works, I find his verse novel For All We Know to be the most compelling of all; I wrote about it here.)
Posted by Andrew Shields at 9:03 AM 1 comment:

There are passages in Göran Sonnevi's Mozart's Third Brain (translated by Rika Lesser) that are just exactly perfect, such as this one:

Music covers us with skin, touches with skin
We are painfully described there, even in great delight

Here's another poem from New Verse News: "Diego Rivera's Deep Water Horizon," by Alan Catlin. It reads like an ekphrasis of a non-existent Rivera mural; I'm sure that's a category that somebody has written a dissertation about somewhere: descriptions, in poetry and fiction, of non-existent works of art.

Still, even though it doesn't bother me enough to keep me from appreciating the poem, I did stumble on one feature of this poem: the three lines ending with prepositions (lines 3, 5, and 8; of, of , and from). None of those breaks seem well placed to me; they interrupt the syntax of the phrases and sentences they are in. That's not necessarily a problem, but here, there's no gain in the effect of the poem as a result of the interruption. Nor is there a metrical pattern that is being followed and which has led to these particular breaks.
Posted by Andrew Shields at 12:24 PM No comments:

And here's another poem I just read on-line and liked: Earl J. Wilcox's "The Daily Blab." Perhaps because I just returned from vacation and had had my mail held and my newspapers stopped while I was out of town. But I'm not planning on pretending to be dead.
Posted by Andrew Shields at 11:52 AM No comments:

I liked Brian Turner's Here, Bullet a lot, and this poem on Poetry Daily today makes me think I'm going to like his new Phantom Noise even more. This brings the war home in multiple ways. As Neil says, "I'm living with war in my heart every day."
Posted by Andrew Shields at 10:20 AM 2 comments:

The Poem and Its Secret

I was on vacation last week when my translation of Durs Grünbein's essay "The Poem and Its Secret" was the Poetry Daily prose feature for the week. You can find the essay here, and you can buy the book, Bars of Atlantis, through the link there, too!
Posted by Andrew Shields at 8:14 AM 1 comment:

I've known this painting by Gerhard Richter for a long time; I saw the original in Winterthur back in the late nineties. But I only just learned, quite by chance, that these eight student nurses were murder victims! I am reading, editing, and commenting on a manuscript of a novel by a friend of mine, and one of the characters, a nurse herself, mentions one "Richard Speck" as an example of the kind of horrible criminals that there are in the world. Curious, I googled and found a Wikipedia page about Speck and his crime, and immediately I wondered if Richter's painting was of his eight victims. For detailed information on the painting and its background, see this blog post.
Posted by Andrew Shields at 5:22 PM No comments: