"I Want You", Uncle Sam, Uncle Donald, and the violent challenge to the 2020 election

During World War I, the U. S. Army called for volunteers for the "War to end all wars" with  posters featuring Uncle Sam pointing a finger at the viewer: "I Want You For U. S. Army". In the runup to the election in November 2020, an organization called Lawyers for Trump replaced Uncle Sam with Trump: "I Want You to Join Lawyers for Trump / Help Prevent Voter Fraud on Election Day." While this is just one more way in which Trump and his supporters prepared well in advance to challenge the result if Trump lost, it also makes clear that such plans always involved the explicit threat of militant violence. (Andrew Shields, #111words, 1 February 2021) 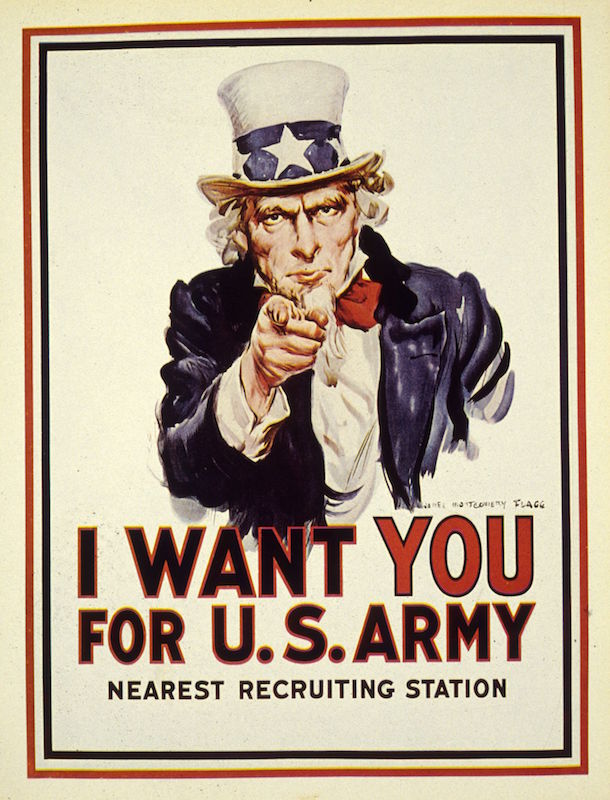 Posted by Andrew Shields at 8:50 PM