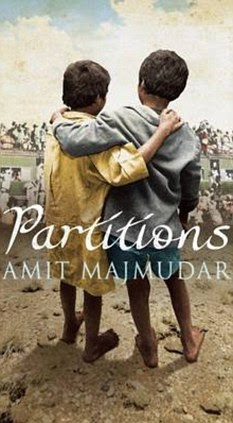 After a fire destroys his home, Dr. Ibrahim Masud, a Muslim living on the Indian side of the new India-Pakistan border in Amit Majmudar's novel Partitions, decides to head to his clinic by bicycle, as he does every morning: "Violence would not trespass on the dominion of illness." In literature, such a conviction is immediately punished, so when Masud arrives at his clinic, it is no surprise that it has been destroyed. Beyond that, Masud's conviction is proved more generally erroneous throughout the novel, as violence repeatedly "trespasses on dominions" that are supposed to be exempt from it.

When I remembered the line later, I misquoted it to myself, replacing the word "dominion" with the word "domain." But "dominion" is the right word here: both in the novel and in the world in general, the trespasses of violence are aimed not at "domains" (places in general) but at "dominions" (places that are governed or ordered in some way by some authority). Where a boundary has been established, a dominion is created, and violence will seek to trespass on that dominion.

More specifically, "dominion" is the word used in the British Commonwealth to refer to some former colonies, including, apparently, Pakistan. And the creation of Pakistan and India in 1947 set up "dominions" in which violence was not seen as "trespassing" as long as it was directed at others: the Muslims in India, like Masud; the Hindus and Sikhs in Pakistan, like the novel's three other main characters.

In the end, this wonderful novel reminded me of Wayne Wang's movie Smoke, in its implication that the bonds of blood, family, and religion are weaker than the bonds one chooses to establish with others. The former establish dominions that are all to likely to attract the trespassing power of violence—or even to generate that violence within themselves. The latter, the chosen bonds, may be utopian in the negative sense of "unrealistic," but in their rejection of "partitions," they are also utopian in the positive, visionary sense.
Posted by Andrew Shields at 9:36 AM

I checked out your link to Partitions - it looks like an interesting, moving book.

i'm a big fan of both smoke and blue in the face. i'm also very much in agreement with that last point.