How many names are on page 134 in your copy of Claudia Rankine's "Citizen: An American Lyric"?

According to the printer's key, my copy of Claudia Rankine's 2014 "Citizen: An American Lyric" (in the original Graywolf publication) is the third printing. On page 134 is a list of names: "In Memory of Jordan Russell David / In Memory of Eric Garner / In Memory of John Crawford / In Memory of Michael Brown." This is followed by gradually fading lines saying "In Memory" again and again. When I taught the book in 2017, there were longer lists of names in the students' copies of the book (including Sandra Bland). More names keep being added, "because white men can't / police their imagination / black men are dying" (135). (Andrew Shields, #111words, 16 April 2021)

Addendum: This is from the 2015 Penguin UK edition, fourth printing: 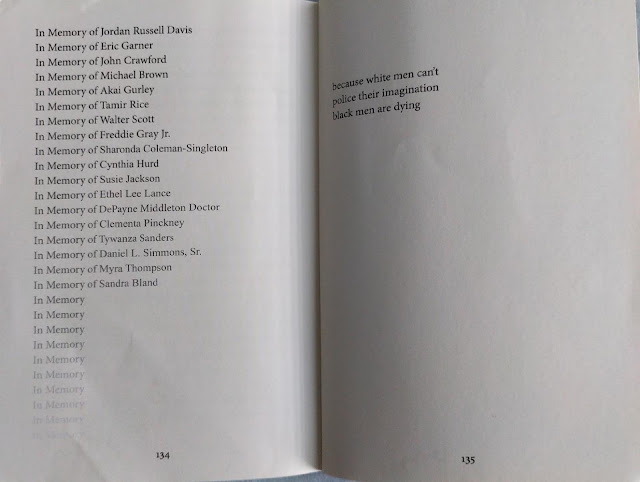 Posted by Andrew Shields at 4:44 PM