A student wrote about "a large amount of computer servers" needing "large amounts of electricity to keep working." The prescriptive rule says that "amount" should only be followed by non-count nouns (such as "electricity"), while count nouns (such as "servers") should be preceded by "number". But this rule does not correspond to usage evidence. While "number" is indeed never used for non-count nouns (nobody says "number of electricity"), "amount" is used for both cases. I confirmed this by examining a small sample of uses of "amount of" and "number of" in the Corpus of Contemporary American English, but it would also be interesting to consider international and historical variations in usage. (Andrew Shields, #111words, 7 May 2021) 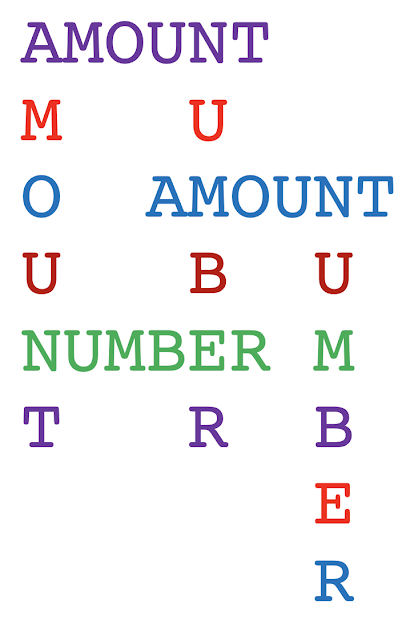 Posted by Andrew Shields at 7:22 PM