"Linking the world": An ironic poster in Salvador Calvo's "Adú"

After he and his sister Alika (Zayiddiya Dissou) stow away in the wheel well on a flight they think is from Yaoundé to Paris and he has seen her fall out during landing, six-year-old Adú (Moustapha Oumarou) in Salvador Calvo's "Adú" wakes up in an airport office in Dakar under an airline poster with the painfully ironic slogan "Linking the world." The world of refugees Adú lives in is anything but "linked" as he tries to make his way from Cameroon to Europe, as is confirmed in the film's opening and closing shots of the chain-link fence that prevents refugees and immigrants from entering Europe through the Spanish exclave of Melilla. (Andrew Shields, #111words, 8 March 2021) 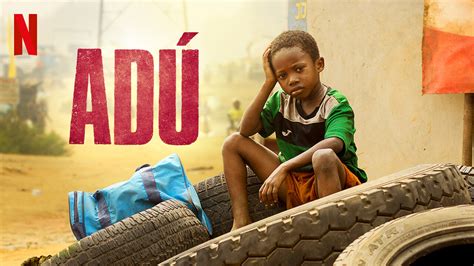