The second question and the third doorkeeper in Kafka

In a letter to Felice Bauer on 16 June 1913, Franz Kafka described his terrible memory "for anything I learned or read, for anything I experienced or heard, for people or for events", and characterized the superficiality of his knowledge: "Even the second question is already too much for me." One year later, the intimidating "second" or next thing reappears in "Before the Law" when the doorkeeper says that "the third doorkeeper is already so terrible that even I cannot bear to look at him." In both the letter and the fictional text, this is a figure of staying where one is, rather than risking being overwhelmed by what comes next. (Andrew Shields, #111words, 8 January 2021) 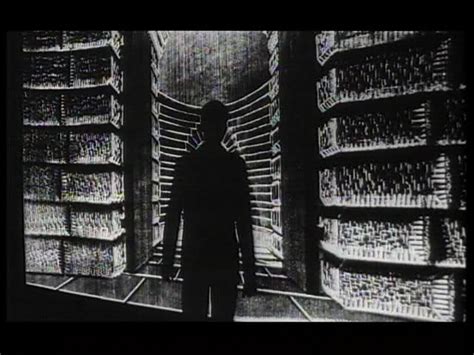 Alexandre Alexieff's animation of "Before the Law" in Orson Welles's 1962 film of "The Trial".