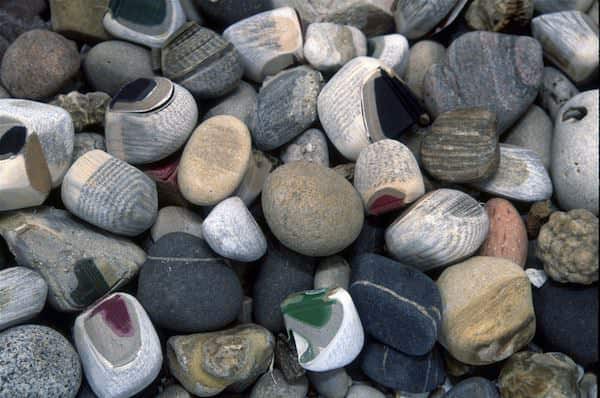 Most of my touchstones make implicit or explicit claims that I in some way agree with. Kafka's "Das nächste Dorf" is not just a pleasant paradox that amuses me but a complex statement about time that helps me sort out how it passes. But sometimes I refer to something again and again primarily

because it is a pleasant paradox, as with Roland Barthes's claim about re-reading: if you read a lot of books one time each, you keep reading the same book, but if you read one book twice, then you've read two different books. I've been quoting this claim for over twenty years now, and I don't even remember where it comes from—or whether I even read it at all. Perhaps some grad-school buddy quoted it to me; perhaps he or she has long since forgotten it, while it stuck with me, to be fingered now and then.
It came to me again the other day, this pleasant paradox, and now I've realized that I have always read it in a way that contradicts its content: by quoting it so often, I re-read it multiple times over the years, but it was always the same. And now it's different, and only now that it's different do I understand that it is more than the pleasant paradox I long held it to be. Without realizing it, I'd always understood it in terms of re-reading a book twice in quick succession (perhaps because that's what one does in grad school when writing about a book). Now I see Barthes's claim in terms of re-reading something years or even decades later—or seeing a touchstone anew, after many years of referring to it. The works that accompany me change with me as I grow older—but so do the little fragments that I've torn out of context even as I "re-read" them every time I quote them. And every new book or poem or song or quotation I come across is the same book, poem, song, or quotation as all the others until I give it my attention a second time—or until it makes me pay attention to it a second time. I never know in advance which ones will become new touchstones, but at least I know that the old ones will always be new every time I take them out to touch them.
Posted by Andrew Shields at 10:39 PM

A real wisdom here. I've experienced the same thing, particularly in the past year as I have set about re-reading many of the books that influenced me or left a mark on me when I was you. The story lines may be the same, but the are mostly hitting me in entirely different places today.

And I suppose it goes for pieces of music, paintings, etc., too.

It's one of those quotes -like "the medium is the message"- which is superficially untrue but which, on another level, hits the nail on the head.